Your new favorite TV show is on the air and you might not even know about it yet. You might recognize him from that late-night guilty pleasure you had in the early 2000s when you’d sit down on the couch with a bowl of ice cream and dive into the drama on an unrelenting episode of Cheaters. I know I wasn’t alone.

Tommy Habeeb, the original host of Cheaters, is back and this time he’s showcasing even more incredible stories, all with much happier endings!

To The Rescue features dog rescues all around the country and shows the world the incredible work they’re doing.

“I’ve been part of rescue for a long time, but not quite this deep in it. The SPCA in LA asked me to join a group of different actors on a special board they created. They also asked me to host their telethons with my favorite actress, Betty White. It got me a little closer to rescue and understanding, seeing these dogs that come in and have been abused,” Tommy told iHeartDogs.

SOMETIMES THE BEST THINGS COME AS THE BIGGEST SURPRISE

It wasn’t until he was having dinner with friends one night when one of his friends began telling him about her dog rescue. That dinner was kismet and Tommy decided it was time to use his platform to make a change. He spent a couple of years developing the show and as fate often has it, the show ended up being something entirely different than what he intended.

“The show I thought we were making turned out to be something completely different. For me it’s more about humanity and it’s about the people. Yes, we’re saving dogs’ lives but these dogs are actually saving these human beings’ lives. You watch this, the relationship with animals and humans, and it’s so completely amazing,” he said. 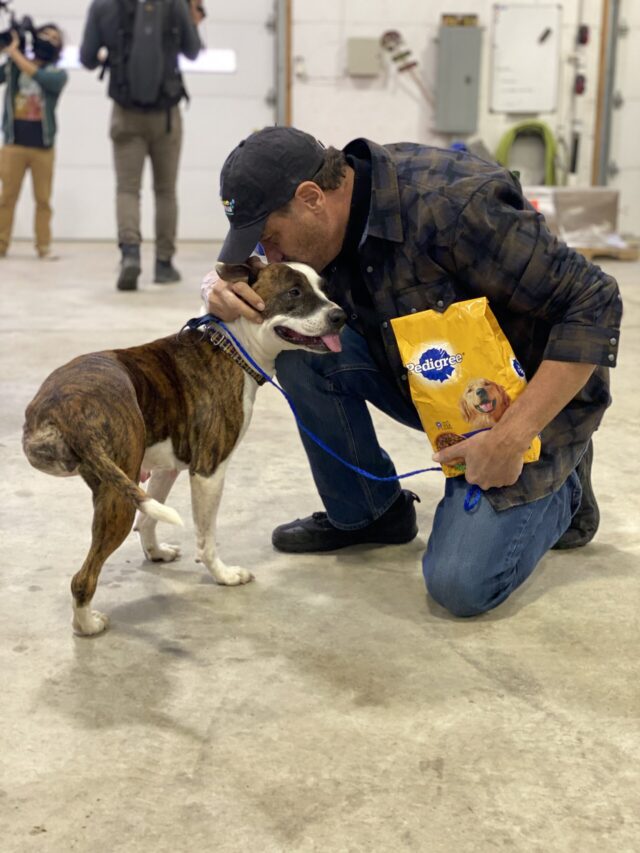 It’s The Classic Question Of, “Who Rescued Who?”

To The Rescue has become this awe-inspiring series that showcases the way humans and dogs rely on each other for love and support. The impact, especially after the last year, is not lost on Tommy.

As people around the globe have stayed home more than ever, oftentimes that has meant extended periods of isolation. Humans rely on connections and social interaction to thrive emotionally. For many of us, that kind of support has four legs and a cold, wet nose that gives you kisses in the middle of the night.

“You see these people that are in trouble and they get one of these rescue dogs and then you see how their life changes. It’s so solid. It’s so beautiful. I’m blessed to be able to tell these stories,” said Tommy. 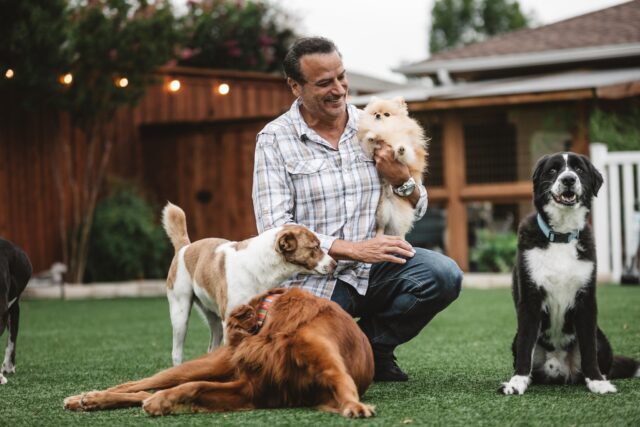 To The Rescue has been taking over the market since it aired, becoming the #1 syndicated show for the CW Plus, surpassing longtime favorites like Seinfeld and Schitt’s Creek.

“This little show about life – human life and these beautiful dogs’ lives – has resonated with people all over the country. I think we need a little warm and fuzzy sometimes,” he explained. “We don’t really know when people go in their homes and close their doors the stress and pressure people are under… If there’s a dog in the home with all their unconditional love, when they close that door those dogs are just loving them up and giving them someone to talk to when they can’t talk to anyone else. That’s a powerful thing.”

THERE’S SO MUCH MORE GOING ON BEHIND THE SCENES

Seeing the transformation dogs can give humans has inspired Habeeb to fearlessly dive deeper into his pursuit of being a force of change in the world of mental health, for both dogs and humans.

He recently featured Mariel Hemingway, a two-time academy nominated actress and mental health expert, on an episode of To The Rescue to address the epidemic of teen suicide, which continues to increase year after year. This episode will showcase how a dogs’ unconditional love can make a difference between life and death.

It doesn’t stop there.

Tommy has also started his own foundation, the Forever Family Rescue Foundation, in partnership with To The Rescue. A portion of the revenue of the show goes to help the foundation pursue its mission.

“Our mission is to take these unadoptable dogs that are in trouble in kill shelters and pair them up with first responders in different cities. If a fireman, police officer, or a veteran will take one of these dogs and foster or adopt, we pay for everything,” said Tommy. ”We pay for all their food, all their healthcare. They have no cost. They just give that animal love and take the love back.” 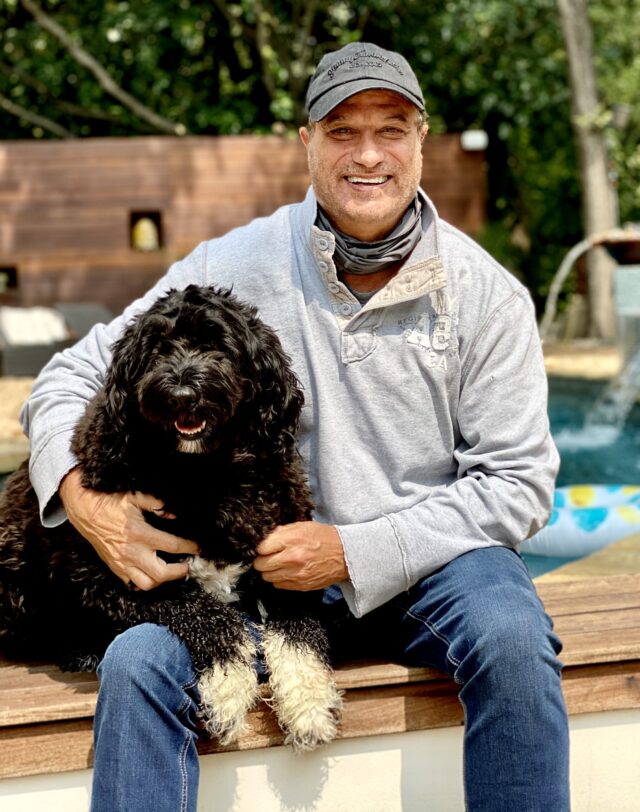 It’s clear that Tommy Habeeb is hard at work making positive change throughout the nation, but when he’s home, he has a wagging tail waiting for him at the door. Tommy and his family foster dogs but it’s his permanent fur baby, a Portuguese Water Dog named Winston, who’s the first to shower him with love when he gets in off the road.

His celebrity status may make you assume that his life is different from the majority of ours, but when he describes the fuzzy face dancing at the doorstep as he pulls in the driveway after a mentally and physically exhausting day, it becomes clear that Tommy Habeeb lives his life just like the rest of us. And, he understands firsthand how important dogs are, which is what makes To The Rescue as genuine and heartwarming as it can possibly get.

Tell us your story! We’re currently casting for new heroes to help the cause. Fill our our casting form here.
Register

Every little bit helps. Register today to lend your hand in saving rescues. We’ll keep you in the loop with new updates
Register

Tell us your story! We’re currently casting for new heroes to help the cause. Fill our our casting form here.
Register

Maintain by Intrigue IT Solutions